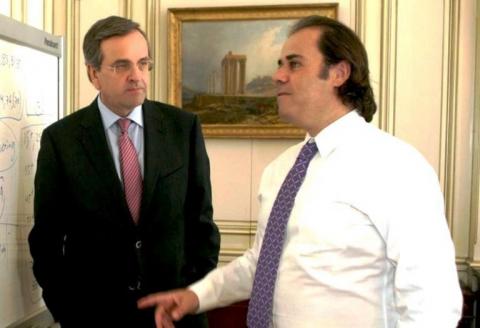 During six consecutive years, lawyer Stavros Papastavrou was the target of an Orwellian political persecution. The exculpatory decision 2723/2020 by the Athens Misdemeanours Judicial Council, which became irrevocable a few days ago, may well have put an end ito this legal matter, especially concerning his prosecution for a felony; yet the plot woven against Papastavrou in an effort to cast not only the former Prime Minister Andonis Samaras (Papastavrou being his closest aide during negotiations with the 'Troika') into the fire, but also other politicians who comprised, according to SYRIZA, "the old regime", is a dark stain on the political life of post-dictatorship Greece, left by the government of Alexis Tsipras and his coalition partner Panos Kammenos.

Although SYRIZA's leader had promised a new era, he decided to cooperate with utterly foul and dark elements during his four-year premiership. According to him and his associates, he (Alexis Tsipras) had to exhaust all means, both legal and illegal, in order to frame his opponents, to revive a civil-war environment that would solidify his power, to circumvent the separation of powers in a game without rules, to abuse power and not exercise power.

Engine of the Novartis case

Within that conspiracy scheme, the "Papastavrou case" and the instrumentalisation of the "Lagarde list" served as the engine for more persecutions, such as in the case of Novartis.

There were three preliminary criminal investigations initiated against Papastavrou, involving money laundering, participation in a criminal organisation, and perjury, all three of which were closed without further action, and indeed under the SYRIZA administration.