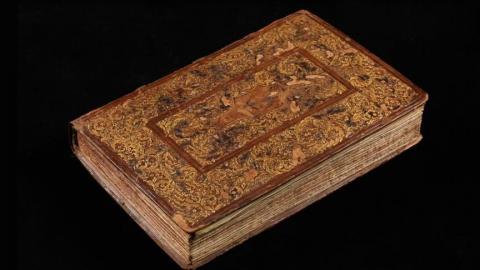 Ankara Social Sciences University academic Filiz Barın Akman and academic-writer Beyazıt Akman have discovered an epic poem in Latin with approximately 5,000 lines written by an Italian poet in honor of the Ottoman Sultan Mehmet II, known as Mehmed the Conqueror, during the Renaissance era.

The Akman couple told the state-run Anadolu Agency about the discovery, features and current studies of the work, which has not been translated into Turkish or English until now and has not been the subject of any academic review.

Beyazıt Akman stated that they were working with his wife, Filiz Barın Akman, on the perception of Turks and Islam in the west, adding, "We were constantly trying to find new resources. In our research, we have seen several references to this work and the author, but we have never seen the work. Citations to this work were also citing through citation. We have not encountered a study that reads and interprets the work from beginning to end."

He said that they had a copy of the work printed in Italy in 1978 and underlined that they would try to reach the original Latin manuscript from the Bibliotheque de Geneve library in Geneva, Switzerland.