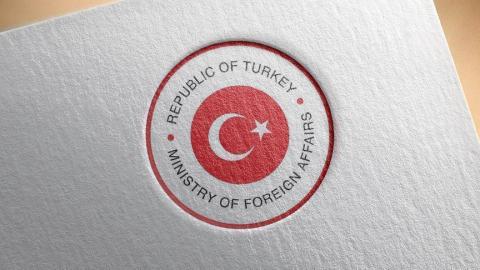 The statement of Vice President and High Representative of the EU Commission Josep Borrell following President Recep Tayyip Erdoğan's visit to Turkish Cyprus is "null and void" for Turkey as it aims advocacy of Greek Cyprus, Ankara has said.

Borrell's statement was "made solely for the sake of EU solidarity and is null and void for us, does not go beyond serving as the spokesperson and advocate of the Greek Cypriot administration and Greece, which abuse their veto right within the EU," Foreign Ministry spokesperson Tanju Bilgiç said in a written statement on July 20.

Turkey fully supports the decisions taken by the Turkish Cypriot authorities on Varosha, the spokesperson said, adding that these decisions were aimed at protecting the rights of property owners in Varosha.

Recalling a statement by Erdoğan that these decisions will not cause new grievances but will eliminate the old ones, Bilgiç said: "On this occasion, we invite the EU once again to notice the realities on the island and to end its policy of ignoring the Turkish Cypriots and their inherent rights."

Turkish Cypriot authorities announced on July 20 a partial reopening of an abandoned town for potential resettlement, drawing a strong rebuke from the rival Greek Cypriots of orchestrating a land grab by stealth.

Addressing the ceremonies on July 20 for the 47th anniversary of the Cyprus Peace Operation, Erdoğan said the opening would be carried out with utmost attention to property rights. "In the light of these works carried out in compliance with property rights, the doors of a new era will be opened in Maraş [Varosha] that will benefit everyone. The fact that the initiative will first start in the pilot area, which corresponds to 3.5 percent of closed Varosha, reveals...