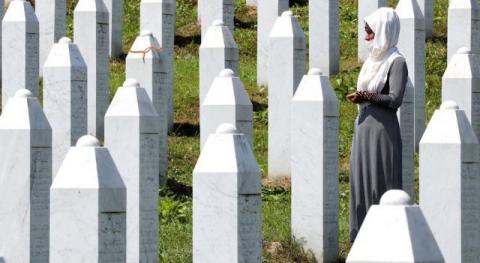 The commission was led by Israeli historian Gideon Greif.
The 1.036-page report, as well as the conclusions, were published in Serbian and English.
"After a thorough investigation by the Independent International Commission of Inquiry on the Sufferings of All People in the Srebrenica region between 1992 - 1995, it is concluded that neither an individual crime of genocide nor genocide at all took place in Srebrenica. Although the Commission does not consider the killings around Srebrenica genocide, it acknowledges the fact that thousands of people (mostly prisoners of war) were killed in the most horrific way and that those responsible for these heinous crimes should be punished", the Commission's conclusions read.
Members of the Independent International Commission of Inquiry on the Sufferings of All People in the Srebrenica region in 1992-1995, except Greif, include the following: Professor Walter Manusek from Austria, lawyer Marcus Kolbach - one of the leading lawyers in Germany who worked on the trials of German Nazi criminals, Adarnela Schinab from Nigeria, which is an expert in crime research, Professor Marija Djuri, who is considered the best in the world in the field of forensic research - the only Serbian representative.
In addition to them, there is Professor Roger Byard, also a world-renowned forensic expert, Professor Yuki Osaf from Japan, who dealt with the Srebrenica conflict in the last decade, Professor Stephen Meyer, Professor Lawrence French and the late Giuseppe Zacharias, a media expert and a world-renowned journalist.
You can read the complete report of the Commission in Srebrenica at the following link.