Balkan Athletes Hunger for Glory at Olympics Marred by COVID-19 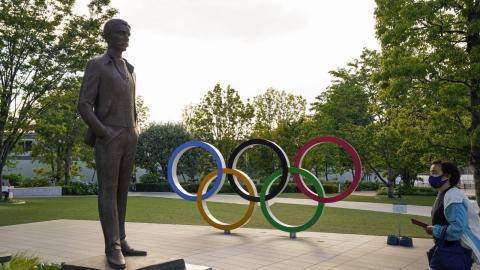 As Friday's opening ceremony for the XXXII Olympic Games in Tokyo looms, Balkan athletes are bracing for the quest to bring home glory with medals round their neck.

The Olympic Games in Tokyo starting this Friday were scheduled to be held in 2020 but had to be postponed because of the COVID-19 pandemic.

Crowds will be very limited in Tokyo and cheering and singing has been banned.

Still, taking part in the games is the most main thing for the athletes. "The important thing in life is not to triumph but to compete," Pierre de Coubertin (1863-1937), founder of the International Committee, IOC, said.

Seven athletes and six coaches will make up the Bosnian team in Tokyo, hoping to bring back the first Olympic medal for the country.

This is the eighth time Bosnia's athletes have participated in such a major sporting competition.

Over the last for years, Bosnia's Olympic Committee set aside about half a million euros for the athletes and their preparations, Marijan Kvesic, the Olympic committee's president, said on Friday.

The youngest Bosnian Olympian, swimmer Lana Pudar, who won two silvers and a gold at the European Junior Championships in Rome in June, promised to give her very best.

"It is an honour to be in the Olympic team of Bosnia and Herzegovina, this is truly a dream come true. I could not imagine that I would achieve this at the age of 15," she said on Friday.