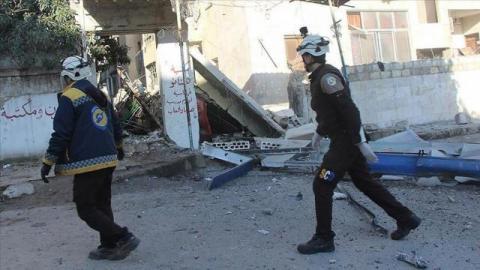 At least seven civilians, including children, were killed and three others were wounded in a regime attack on Syria's northwestern Idlib province early on July 22.

According to the Syria Civil Defense, or White Helmets, the regime and supporting terror groups conducted an attack on the Iblin village, south of Idlib, with ground-to-ground weapons.

Three children and a woman were among those killed in the attack. The injured were taken to local hospitals.

Warcrafts allegedly belonging to Russia conducted an airstrike on the southern villages of al-Bara, Ehsim and the Mareian in the wee hours of the morning, according to an observatory of the opposing forces.

Idlib falls within a de-escalation zone forged under an agreement between Turkey and Russia in March 2020.

The Syrian regime, however, has consistently violated the terms of the cease-fire, launching frequent attacks inside the de-escalation zone.

Syria has been mired in a vicious civil war since early 2011 when the Assad regime cracked down on pro-democracy protests with unexpected ferocity.

Over the past decade, around half a million people have been killed and more than 12 million had to flee their homes.