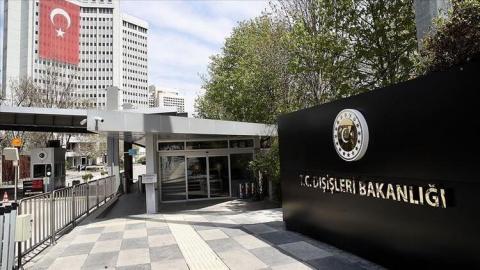 Turkey on July 21 extended condolences to Beijing over deadly flooding in central China.

"We are deeply saddened that the floods in the Henan province of the People's Republic of China (PRC) have claimed more than 25 lives and resulted in the evacuation of many people from the area," the Turkish Foreign Ministry said in a statement.

"We extend our condolences to the relatives of those who lost their lives and to the people and Government of PRC and wish a speedy recovery for the injured," the statement added.

Twenty-five people were killed and seven others were missing after severe flooding in the central Henan province caused by torrential rains, media reports said on July 21.

Search and rescue teams have found the bodies of 25 victims in flood-affected areas of Henan's capital, Zhengzhou, while an estimated 200,000 people have been displaced, according to the South China Morning Post.

More than 1.2 million people were affected by the flood, and over 164,000 people have been placed in safe areas.