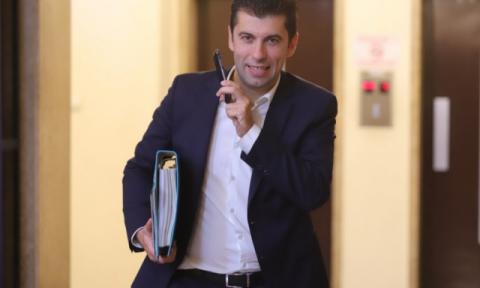 Caretaker Economy Minister Kiril Petkov Friday said that his ministry is preparing an alert to the prosecution service about a project for "a ministerial complex in Sofia Tech Park".

Elaborated by the State Consolidation Company and Sofia Tech Park, the project envisages the construction of two office buildings for civil servants with a height of 75 m and 50 m, respectively, on a terrain of 2.48 ha on Sofia's Tsarigradsko Chaussee Boulevard. Petkov was taking questions live on the Council of Ministers' Facebook page as part of a new feature called The Power Speaks Openly, launched on Friday. Within this feature, cabinet members will answer questions asked by members of the public and the media live on: https://www.facebook.com/Government.of.Bulgaria.

According to Minister Petkov, the ministerial complex project should be stopped. "I cannot find a sound reason why this complex should be built at a time when we have so many priorities for our finances that should be economically and socially beneficial. Why should we choose to invest 190 million leva in a skyscraper in Sofia Tech Park - that sounds like a crazy idea to me," Petkov commented. The plan to build a skyscraper for civil servants in Sofia Tech Park became known several months ago at towards the end of Boyko Borissov's third cabinet.