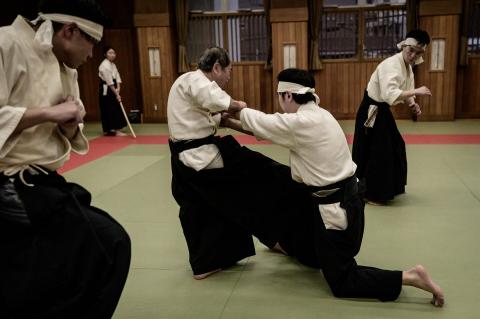 It's practiced by tens of millions around the world but there's no doubt that judo's spiritual home is Japan, where the martial art was created and made its Olympic debut.

It will be among the sports most closely watched by home fans at the pandemic-delayed Tokyo Games, and is so deeply embedded in Japanese society it even has its own branch of medicine.

Japan dominate judo at the Games, having won 39 gold medals since it debuted at Tokyo 1964, more than the next four best countries combined.

That's perhaps no surprise given judo's roots in Japan, where it was founded in 1882 by the revered Jigoro Kano, whose benevolent portrait gazes down on judoka at dojos around the world.

Born to a sake-brewing clan from the Kobe region, Kano combined different forms of jujitsu with his own ideas, including spiritual discipline, and believed judo's ultimate goal was to "strive for personal perfection" through discipline and training.

He named his martial art "judo" meaning "the gentle way", and saw it as a means to develop both body and mind.
A teacher by trade, Kano was passionate about sport in general, and led the push for Japan to make its first Olympic appearance at Stockholm in 1912.

But judo didn't feature at the Games until Tokyo first hosted the Olympics in 1964.

In competition, judo is contested on a mat with the goal of scoring an "ippon" or full point, which ends a bout.
Ways to achieve this include pinning an opponent for 20 seconds or throwing them so they land on their back. Half-points called waza-ari can also be earned and add up.

Bouts at the Games will last four minutes, and the action is often fast-paced and highly physical.

Hifumi Abe and Shohei Ono are hotly tipped in the men's...