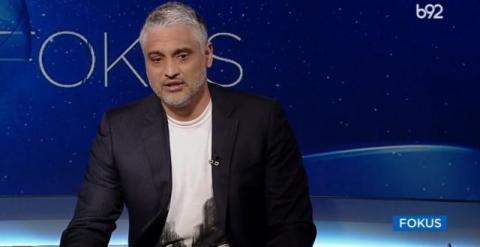 According to media reports, V.S. (53) reported to the police that he was attacked by Cedomir Jovanovi in the garage on Zoran Djindji Boulevard, due to disagreements over the parking lot.
It is alleged that Jovanovi pushed V.S. who fell to the floor.
The police arrived at the scene of the conflict very quickly, and Jovanovi was summoned to state his opinion on the circumstances of the event.
The competent Prosecutor's Office will be informed about everything, and it will decide whether there are elements of a criminal act or misdemeanor. We tried to get in touch with Jovanovi, but he did not answer the calls from B92.net.
Just to recall, Jovanovi made a similar incident on June 2 when he demolished a fast food restaurant in New Belgrade, after which he was taken to the police station. After a short quarrel in one bar, he smashed the window of another with a brick, and then attacked and insulted the police officers who came to intervene.