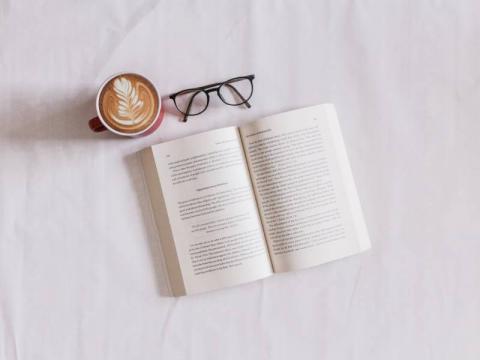 Publishing houses have some common activities when “conducting their foreign policy” – the presentation of their authors at  bookfairs - and so they prepare sample translations and catalogues, as well as organise guest appearances abroad. As an author, I can remember wonderful visits to Berlin, Dubrovnik, Prague… with the Študentska založba publishing house. I wish more would happen and I understand how small, tiny, powerless a writer or poet can feel when gazing into the big world without the push of  a publisher.

Senja Požar, Senior Rights Manager at Mladinska knjiga and Cankarjeva založba, the largest publishing house in Slovenia, begins our talk with an interesting thought, a slogan, to say: "There are no small languages or markets, only unique ideas and creativity."This is how she defines building a strong, long-term network with publishers around the world. "The success depends on the requested topics, aesthetics, the cultural character and the economic situation in a particular country. In recent years we have significantly opened many big markets."

Stories of success? "There are many. We reach many publishers in different countries with all categories of books and we take pride in this when achieving sales, so maybe it is more appropriate to find "the winners" inside each market niche. "

Recently, the international phenomenon of Lila Prap was launched. Mladinska knjiga published her first picture book, Little Creatures, in 1999 but her international breakthrough came a few years later with Why?, which was published all around the world and shortlisted for Deutscher Jugendliteraturpreiss. With 16 picture books published so far and with more than 100 international editions in 38 countries, Lila Prap represents a unique story in Slovenian publishing for children.

Our picture book combo includes works by more than 100 authors and illustrators. Many of them received a lot of international interest after they published their first title with our publishing house: For example, a wordless picture book, A Boy and a House, opened many international opportunities for the author, Maja Kastelic. Mojca Osojnik’s 2003 multi-layered picture book, A House Searching for Sunshine, is now availablein every American school libraryas it was published by National Geographic Cengage Education Center in Spanish, in 2019.

Our non-fiction program for children is internationally evaluated with the highest marks due to the unique concept proven by experts and marvelous illustrations by Ana Zavadlav. The innovative Thinkers 1 and 2, by Nataša, Gregor and Valentin Bucik and their The Peekaboo‘s Picture Dictionary are travelling around Europe and Asia. This success story continues with their new title, Let's Play With Peekaboo.

We are proud of many awarded fiction titles because those awards reflect their excellence and they intensify the networking and sales to highly specialized publishers in other countries. Ivana in Front of the Sea by Veronika Simoniti was awarded as the best novel in Slovenia in 2020. The Bee Family by Anja Mugerli won The European Prize for Literature in 2021 as did In/Half by Jasmin B. Frelih in 2016 (all published by Cankarjeva založba). This is an example of the successful international marketing bubble which includes editorial, foreign sales rights and networking and, of course, translation support by the Creative Europe Programme.

We must not forget successful young adult novels."Yes, with special thanks to the authors Vinko Möderndorfer and Suzana Tratnik, they bring to readers heart-warming stories and deep insight into the soul of a teenager. So, it is not a surprise that their novels Just Like in a Movie, I Am Andrej, Whale on a Beach (by Vinko Moderndorfer) and My Name Is Damian (by Suzana Tratnik) have so far been translated into more than five languages. Tratnik's latest fiction novel The Loony House on the Hill will also be translated into German."

In 2019, Slovenia celebrated 40 years since Nejc Zaplotnik and Andrej Štremfelj became the first Slovenians to reach the summit of Mt Everest. "In 1981, Cankarjeva založba published a novel, The Path by Nejc Zaplotnik which narrates his life and experiences as an alpinist. Our legend is still alive and this has been proven by recent deals with Switzerland, Italy and Poland."

What is the way to success? "It is planted by a unique story and illustrations, by nominations and awards, and to have it all implemented through subtle international marketing strategies to reach different countries. During the pandemic we could reach many new partners on the digital platforms and it feels like we are now even more connected than before."

Senja Požar stresses that the National Book Agency of Slovenia plays an important role in terms of enriching the portfolio of translations and organizing literary readings. "We took a step further with sample and complete translations into French, German and Russian, not just in to English."

What about smaller publishing houses? Založba Pivec, its original and translated literature for children and adults representing approximately 50% of the program, started internationalizing its business in 2017. Zala Stanonik, Project Manager, explains: "It was the first year our publishing house took part at the Frankfurt Book Fair. Since then, we annually take part in it, as well as at other big international events such as the Bologna Children’s Book Fair, the Belgrade Book Fair, the Istanbul Fellowship event etc." Twice a year, in spring and autumn, they publish their foreign rights catalogue.

"Our major sales include the English speaking market globally, the Chinese speaking market and the Russian market. We are especially proud of our Roggie the Lion series (in the US version the lion is called Lucas) that was published by the American publisher Holiday House. The rights were also bought for the Chinese language. In the Russian market, we sold a series of board books for preschool children, on diverse topics, written by Zvezdana Majhen and illustrated by Urška Stropnik Šonc, and the rights for Josip Osti’s titles: Life is a Terrifying Fairy Tale and Life with Books were bought in Iran!"

And smaller markets? "They tend to condition the acquisition of foreign rights with a successful application to the granting program by the Slovenian Book Agency. We see the latest as a very positive initiative for both Slovenian as well as foreign publishers."

The team of Založba Pivec noticed a lot of interest in adult fiction, crime fiction novels and children’s titles. "Poetry does not seem to be popular at all, our publishing house has, however, succeeded in selling the rights for poetry nonetheless: Song fort the Lyre by Bina Štampe Žmavc was published in Italian – Il canto per una lira."

They don't see performing international sales as a very demanding, complex task; "… it requires organization and an exquisite foreign rights list. But it is the field which requires many working hours which can be a “problem” for a smaller publishing house such as ours. It usually means combining regular work with a lot of traveling, scheduling of meetings and other tasks. Our main goal is to enter other larger European markets such as the German market and to develop a steady income from international sales."

When thinking about the role of public institutions in the promotion of our literature abroad, I ambeginning with a short but picturesque message from Paris – Liza Japelj Carone, translator, cross-cultural mediator and embassy associate.

I would also like to highlight the work of lectureships and Slovene Studies programs around the world, supported by the Centre for Slovene as a Second and Foreign Language at the Faculty of Arts in Ljubljana, in the framework of Slovene at Foreign Universities.

There are Slovene lectureships (for language, literature and culture) at 60 universities around the world. Slovene study programs are available at many European universities, as well as in the USA, Japan, China and Argentina, while the number of Slovene sections in Slavic Studies departments is increasing each year. More than 2,500 students study Slovene at various levels at foreign universities. At the more than 60 universities worldwide that offer Slovenian language courses, learning about Slovenian literature is part of the linguistic curriculum; whereas at the 28 universities offering accredited Slovenian studies, classes in Slovenian literature are part of the study program, familiarizing audiences closely with the subject. That is how quite a lot of translators of Slovene literature – from Slovenian to foreign languages – "are born".

"In 2004 we began conducting major international cultural promotion projects, which involve teachers of Slovenian language from universities across the globe, authors, Slovenian cultural and folk societies, and the popular, economic, educational and media representative bodies of Slovenia. These are so called "The World Festival…“ For example; World Festival of Ivan Cankar (2019), when an anthology of his literature, in 22 languages, was published,” They organized cultural events as well, often hosting Slovene authors. “The academic public of Slovenian studies is proactive, vibrant and open, often cooperating with local Slovenian communities."

"Not many Slovene authors and their works can be read in Chinese so far, that's true, not the older nor the newer ones, but definitely there are some pearls among them. One of the greatest is Kosovel's Integrals '26, which I consider a little bit more "ours" than others (for instance impressive Šalamun's  corpus of poems translated into Chinese), and I have to mention it because it was really enthusiastically translated by one of our students, Yuan Fan, and later published by a large-scale Chinese publishing house. There's also a tiny little pearl precious to me: a part of Cankar's Scandal in St. Florian Valley, performed by our students couple of years ago, which reminds us that not just translating and publishing a book but also another activity can be important for promoting Slovene literature abroad - and it doesn't matter if it is just a big-small school's theatre competition."

Metka Lokar tries to follow the promotions of Slovene literature in China, especially the recent ones, and also to involve the authors in the work at the university where she teaches, "…but I have to admit that it is impossible to catch all. China is simply too big and the scene is getting too diverse, so the information that someone is around here comes just randomly and not always at the right time." The authors are around, and sometimes they come to visit the lectureship; Aleš Šteger Brane Mozetič, Mateja Bizjak Petit, Peter Svetina lately…

Drago Jančar was a guest of EU-China International Literary Festival just a few months ago but, unfortunately, unable to come to Beijing due to the Covid-19 situation.

While preparing Cankar for the stage, Metka Lokar and her students found out that some of his works - On the Slope, The Bailiff Yerney and His Rights and Images from Dreams - were translated into Chinese decades ago; also there was a surprise to find Josip Jurčič and Ivan Potrč among translated authors from the past. "Well, there were Chinese publishing houses and agents in search for good reads all the time; they were and they are." There are festivals, forums and fairs where Slovene literature is constantly presented, and authors also network by themselves. "I'd say, recently, all of this mostly goes hand in hand with the fact that Slovene literature has been seen as a part of the European literature, and comes along with something that I wish to stress: China is not just a tradition that we know or at least we think we know. It is a contemporary modernity that invites alike. It loves Slavoj Žižek and is also very fond of Slovene children's books."

The post SLOVENIAN LITERATURE ON THE WORLD MAP appeared first on Slovenia Times.