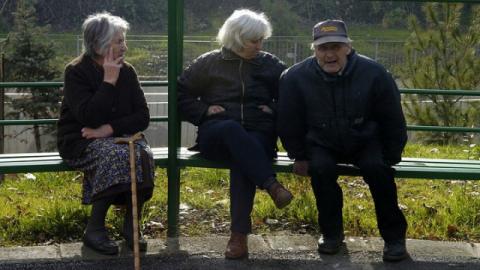 Bulgaria's caretaker government plans to increase all pensions from 1 October this year, announced Finance Minister Asen Vassilev, adding that if parliament supports his proposals, no pensioners in Bulgaria will be living below the poverty line by autumn.

Currently, nearly 43% of retirees in Bulgaria receive a monthly income below €190, which is the official poverty line. After 1 October, they must receive at least this amount, a move that will affect 431,000 people in the poorest country in the EU.

The maximum pension in the country will be increased by €30, to €760 per month. By the end of the year, Bulgaria will spend approximately €1 billion more on social services. The money is provided by the increased revenues in the budget. A significant portion of these additional costs is earmarked for social, health and business support during the pandemic.

For the first time, liberal economic analysts and trade unions in the country are unanimous in support of increasing social spending.

"I support the macroeconomic line of thinking in the update," commented Open Society macroeconomist Georgi Angelov. According to him, this is the way out of the crisis.

"Both this year and next, the budget must remain stimulating, so that we move towards more revenue growth, and not tighten our belts and cause a recession," Angelov said.