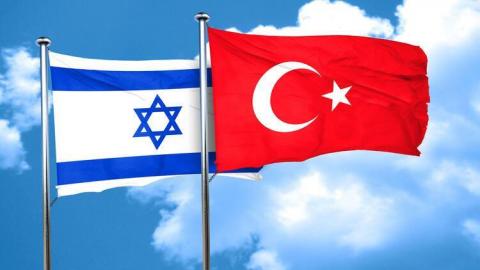 Addressing President Recep Tayyip Erdoğan and other regional leaders, Israeli President Herzog called for cooperation for a better future in the region.

When leaders convene around a table for coffee, they can solve the differences and move on for better future, he said, addressing a teleconference message at the opening of an exhibition named "Coffee: East and West" at the Museum of Islamic Arts in Jerusalem

"Recently, I discussed with Turkish President Recep Tayyip Erdoğan and other leaders in the region. I am sure that when we gather around a table with coffee, we can move our whole region to a better future with cultural and other cooperation," Herzog said in his message.

Emphasizing that when leaders sit at a table to drink coffee, Herzog said it will be seen that the differences and disagreements are not that big and scary. "In this wide geography we live in, they teach us the rich intersections of religions and cultures. They do this candidly. From the Presidential Residence in Jerusalem, I send you my best wishes," he said.

In his Twitter post on July 23, Öztürk thanked Herzog for "conveying this warm and friendly speech to the opening of the exhibition."

"I am grateful for you to provide this beautiful museum for such a wonderful exhibition. I am also sure that a cup of 'Turkish coffee' around a table for regional leaders can contribute to solve many problems," he added.