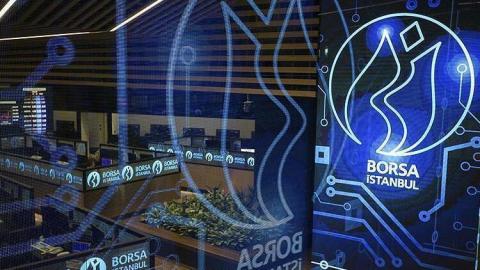 Turkey's stock market saw a transaction volume of 5.18 trillion Turkish liras (around $700 billion) in the first quarter of this year, according to fresh data revealed by the Turkish Capital Markets Association (TCMA).

According to the association's figures on July 24, the trading volume increased by 2.5 times year-on-year in the January-March period.

The average U.S. dollar/Turkish lira exchange rate was 7.39 during the first quarter of 2021.

Some 74 percent of the transaction volume was carried out by domestic investors and 26 percent by foreign investors.

While 58 percent of all transactions were made through the internet in the three-month period, it was below 50 percent level in the same period last year.