Czechia Tested by Its #MeToo Moment 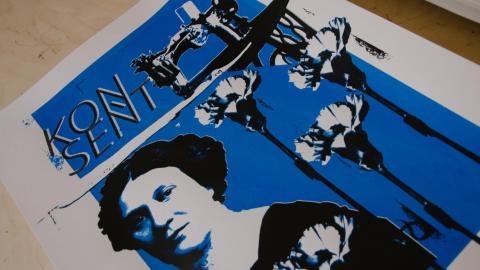 Feri, who denies he raped anyone but admits he may have acted "inappropriately" at times, has largely disappeared from Czech public life in the weeks since. He will now concentrate on defending himself against potential criminal charges, with police investigating as yet unspecified crimes. Top 09 is relieved that it appears to have suffered little collateral damage just months ahead of the October general election.

However, Czech society, which was largely bypassed by the #MeToo movement that blew up around the globe in 2016, has found it harder to come to terms with the fallout.

"Czech society was not ready for #MeToo," says Johanna Nejedlova, founder of Konsent, an NGO that campaigns against sexual violence. "Women were not ready to speak out about their experiences."

Fast forward five years and even though the Feri case brought the issue closer to home, many still found the topic too difficult to deal with.

"Czech society was very slow in accepting these accusations," says Eva Oliva, who works on gender issues at Prague's Association for International Affairs (AMO). "We still didn't see this sort of episode as part of our culture."

The response from politicians and the wider public to the Feri scandal illustrated that there's much progress to be made regarding Czechia's approach to sexual abuse, say activists.

Eight years ago, Karel Schwarzenberg was himself a liberal icon. The octogenarian could be spotted on badges, posters and even cans of fizzy drinks sporting a pink Mohican amid a...