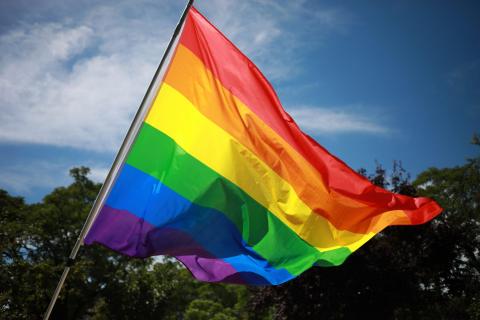 A municipal official in Budva, Milijana Vukotic Jelusic, said the marriage was between two young women, both from abroad but with Montenegrin origins.

"We are glad that our municipality was able to be the first to apply the Law on Life Partnership and we wish happiness and a lot of love to the partners in their life together," Jelusic told the daily newspaper Vijesti.

The change was supported by only 42 MPs in the 81-seat chamber.

By law, the government had a deadline of July 15 this year to harmonize the legislative framework with the new law under which same-sex couples can enter into a legal union at their local registry office.

The law also allows the regulation of mutual financial support and division of joint property in the event of divorce. It grants those in a same-sex civil partnership the right to social security and health cover based on their partner and regulates family visits to hospitals or jails.

Itr does not provide the right to adoption or fostering of children.

The Minister of Public Administration, Digital Society and Media, Tamara Srzentic, on Sunday called the first same-sex marriage in the country a historic step.

"Although the law was adopted a year ago, much more needs to be done to meet all the preconditions for its full implementation. The LGBTIQ community will always have an ally in me for all activities that contribute to...