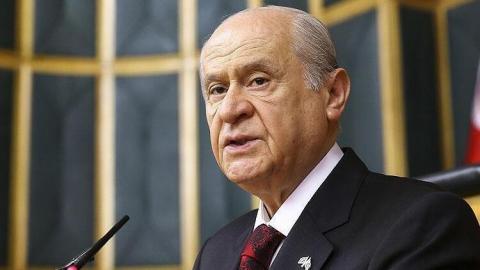 The construction of a new presidency and parliament building in Turkish Cyprus is the first pillar of an independent state, Nationalist Movement Party (MHP) leader Devlet Bahçeli said in a statement on July 26.

"The goal of constructing the presidency building and the parliament building announced by our honorable president on July 20, 2021, is the first grout of an independent state, not concrete, not a new construction move," Bahçeli said.

The attitude of the Greek Cypriots is far from goodwill and sabotaged the emergence of a just, permanent, equitable and sustainable solution climate in Cyprus and then dragged it into a dead end, he stated.

Bahçeli recalled that the decades of negotiations for the reunification of the island have failed to yield results, holding the Greek Cypriots responsible for it.

"The only party in Cyprus who feared a solution and escaped from peace and reconciliation was the Greeks. The uncompromising attitude of the Greek Cypriots rendered all negotiation stages ineffective and interrupted," he said.

"Acting as the sole owner of the island and arrogantly treating the Turkish Cypriots as a minority is a delusion, a distortion and a folly that is incompatible with historical facts and does not match the spirit of the region," Bahçeli said.

Bahçeli stated that the establishment of a partner state in Cyprus has become impossible in today's environment for this reason, adding, "The perpetrator of this is the Greek Cypriot mentality, which is powered by the prejudiced policies of the EU and the United States. The Turkish Cypriots are ready to determine their destiny."

The existence of two separate states in Cyprus should now be accepted by everyone, he said, emphasizing that objections of other...