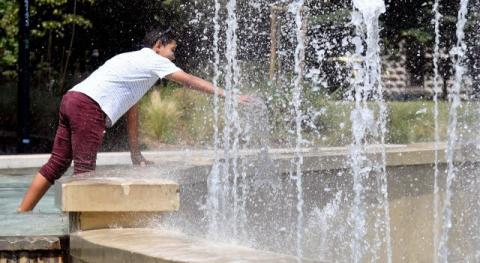 In the afternoon and evening with variable clouds in the northern, western, central and southwestern regions, in some places short-term rain or showers with thunder.
The wind is weak, in the Koava area moderate and strong, south and southeast. The lowest temperature varies from 13 in the southeast of Serbia to 24 degrees Celsius in the south of Banat, and the highest from 34 to 37 degrees.
It is also very warm in Belgrade. Most of the day is mostly sunny, later in the afternoon in some parts of the city, with variable clouds, short-term rain or showers with thunder are possible. Wind moderate, occasionally strong, southeast. The lowest temperature is around 23 degrees, and the highest around 36 degrees Celsius.
In the next seven days, mostly sunny and very warm weather, with the highest temperature of 35 to 39 degrees. On Tuesday and Wednesday, there will be conditions for the isolated development of clouds with short-term showers and thunderstorms.
In early August, refreshment with rain and local showers with thunder is forecasted.

"We are late, unfortunately. This will take quite a long time" VIDEO

Petritsch: The Balkans region is no longer so important to the United States

Change in the "traffic light" system: when the children will switch to online classes

"We are late, unfortunately. This will take quite a long time" VIDEO

Macron: We killed him