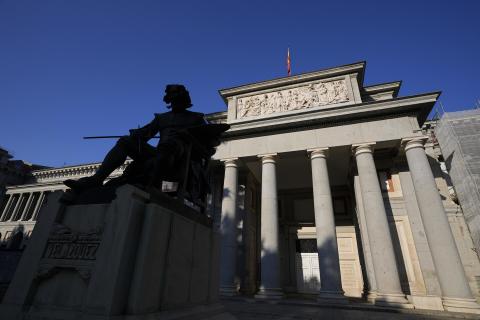 The UNESCO World Heritage Committee, holding an online meeting from Fuzhou, China, backed the candidacy that highlighted the green area's introduction of nature into Spain's capital. The influence the properties have had on the designs of other cities in Latin America was also applauded by committee members.

"Collectively, they illustrate the aspiration for a utopian society during the height of the Spanish Empire," UNESCO said.
The Retiro park occupies 1.2 square kilometers in the center of Madrid. Next to it runs the Paseo del Prado, which includes a promenade for pedestrians. The boulevard connects the heart of Spain's art world, bringing together the Prado Museum with the Thyssen-Bornemisza Museum and the Reina Sofia Art Centre.

The boulevard dates back to 16th century while the park was originally for royal use in the 17th century before it was fully opened to the public in 1848.

"Today, in these times of pandemic, in a city that has suffered enormously for the past 15 months, we have a reason to celebrate with the first world heritage site in Spain's capital," said Madrid Mayor Jose Luis Martinez-Almeida.

The site is number 49 for Spain on the UNESCO list.

The committee also added China's Emporium of the World in Song-Yuan, India's Kakatiya Rudreshwara Temple, and the Trans-Iranian railway to the World Heritage list.

World Heritage sites can be examples of outstanding natural beauty or manmade buildings. The sites can be important geologically or ecologically, or they can be key for human culture and tradition.