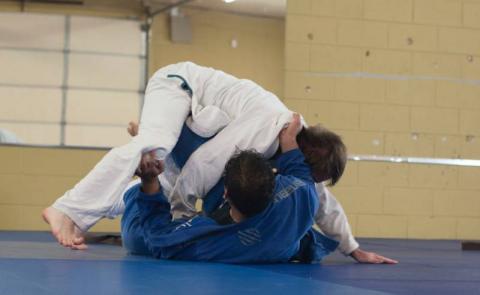 Tokyo – Slovenian judoka Tina Trstenjak has won the silver medal in the 63kg category at the Tokyo Olympics. The second-best-ranked in the category had to concede to the top-ranked Clarisse Agbegnenou of France on Tuesday in what was a replay of the gold medal match from the previous Olympics where Trstenjak won.

Agbegnenou defeated Trstenjak with a waza-ari after 37 seconds of extra time following a tense and aggressive face-off during regulation time which saw penalties awarded to both competitors.

The French also outperformed Trstenjak in the previous three matches between them prior to today’s match. The last time the 30-year-old Trstenjak was better than her two years younger French peer remains the Paris Grand Slam four years ago.

On her way to the final, which was turned rockier due to back pain, the Slovenian beat Italy’s Marie Centracchio, a surprise semi-finalist, and Venezuela’s Anriquelis Barrios in the quarter-final.

“It didn’t go according to plan, but I’m happy I’ve gotten to the final,” said Trstenjak after today’s match, highlighting she was nevertheless satisfied with the silver medal.

She also noted she had been performing in pain the entire morning. The extent of the injury will become clear after the pills wear off, she added.

Today’s medal is the third medal for Slovenia in the 2020 Summer Olympics after cyclist Tadej Pogačar got bronze in the road race on Saturday and canoeist Benjamin Savšek won gold in the C-1 slalom yesterday.