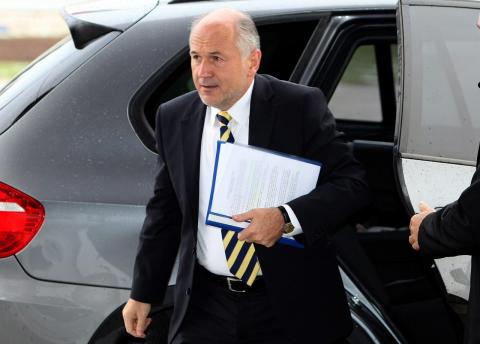 The lawyers said that they had only read about the new changes to the criminal code in the media, and needed to know how strongly they can deny the charges of crimes of humanity against their clients.

"Now I am asking how far I can go without reaching the point of self-incrimination," said Veljko Civsa, the defence lawyer for one of the accused, Radenko Stanic.

Civsa said that the lawyers need to study the changes thoroughly in order to work out how to represent their clients properly.

"In principle, we deny that our clients committed those acts," said Milos Peric, lawyer for defendant Mane Djuric.

"We learned about the [legal changes] entering into force from the media. I have not seen the original version of the text. Neither have my colleagues," he added.

The legal changes were imposed by High Representative Valentine Inzko, the international official who oversees implementation of the peace deal that ended the 1992-95 Bosnian war.

They outlaw the public denial, condoning, trivialisation or justification of genocide, crimes against humanity or war crimes when this is done in a way that is "likely to incite to violence or hatred". They also prohibit the glorification of war criminals.

Defendants Mane Djuric, Radenko Stanic, Miroslav Kraljevic and Goran Garic are on trial for persecuting the Bosniak civilians through a series of murders,...