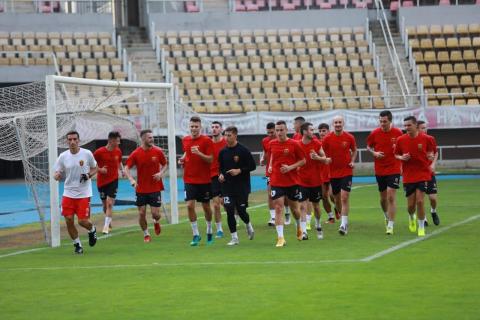 Blue Sky Investment from North Macedonia is taking over the indebted football club FC Vardar from its previous owner, the Russian-born businessman Sergey Samsonenko, the City of Skopje which mediated the negotiations said on Wednesday.

The new investor said it was assuming responsibility to repay all of the club's debts to former players and other trustees, amounting to 2.4 million euros, as well as to strengthen the team with new players and work on returning the club to where it belongs, in the first national league.

Skopje Mayor Petre Shilegov told a press conference: "We have succeeded in securing a future for the team which is one of the greatest sporting institutions in our country."

The former FC Vardar manager, Samoil Simev, who was appointed by the previous owner, Samsonenko, told the media that they had already signed a pre-contract with the new investor on July 23, and that once approved by the City of Skopje, which has to green light the transaction, they hope to sign the final deal within the next 30 days.

Simev said the deal envisages the new owner, Blue Sky Investment, repaying all the debts within 30 days after signing it, which would enable the transfer of Vardar's training grounds in Skopje, now owned by Samsonenko, to the club, so the club can retain its home.

The new owner, local businessmen Slobodan Krstevski, said his team will soon present their plans to get Vardar back on its feet.

"We have started preparations and are working on it. We have a lot more work to do, first to finish the legal works in the next 30 days, so we can later reset Vardar and return the club to where it belongs," Krstevski told the press conference.

The troubles for North Macedonia's 12-time national champion and 1986...