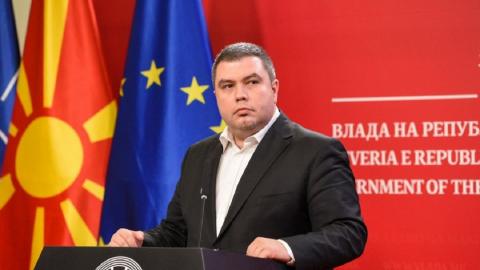 Newly envisaged penalties for assaulting a journalist or a media worker adopted by North Macedonia's government on Tuesday will be from three months to three years in jail, the same as for assaulting a police officer, the Justice Ministry said.

"After adoption by the government, we will immediately process these changes to parliament. I expect parliament to pass these changes right after the summer break", meaning early autumn, Justice Minister Bojan Maricic said.

The minister said the changes mean in practice that authorities will treat cases where journalists are prevented from doing their job or are attacked the same way as they treat assaults on police officers. Accordingly, the prosecution will process these cases ex officio.

Another change the minister announced is the planned reduction of defamation fines for journalists, editors and media outlets through amendments to the Law on Civil Responsibility.

"The defamation fines for journalists and editors will be five times lower, and for media outlets they will be three times lower [than before]," Maricic wrote.

If these changes pass, a journalist who loses a civil court case for defamation will pay a maximum fine of 400 euros instead of the current maximum of 2,000 euros, which is in many cases equal to or more than four average monthly salaries for a journalist.

The third announced change that affects journalists is the planned introduction of the criminal offence of stalking. This will envisage fines or jail sentences for stalkers who not only physically endanger or threaten their victims but...