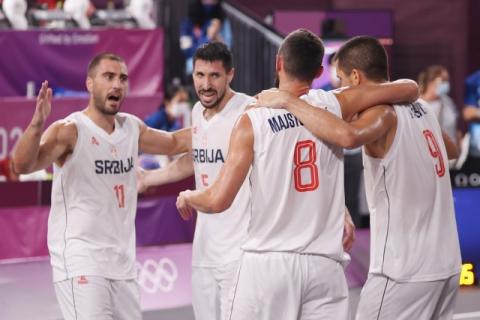 Serbian basketball players were not defeated in groups and with seven consecutive victories, they reached the semifinals.
Russia was better on Wednesday morning with the result of 21:10, and Serbia beat Belgium with exactly that 21:10 and won the bronze in Tokyo.
During the entire match, the Serbian national team was a better rival, a more determined rival and controlled the situation on the field at all times.
They reached the first point very quickly, and an important moment was a new lead just a few seconds after the Belgians made the score even.
As soon as Serbia made it to 7: 3 after a beautiful action, we saw that the Belgians started to fall. However, they woke up in one part, after Majstorovi's technical, they reached 11: 8, but that is more or less all they managed to do.
The series of Serbia of 10: 2 and a big victory for winning a bronze medal at the Olympic Games follow.
Duan Domovi Bulut was the most efficient with 7 points, Aleksandar Ratkov and Mihailo Vasi scored 5 points each, and Dejan Majstorovi scored 4 points.
Great job, a new medal for Serbia!