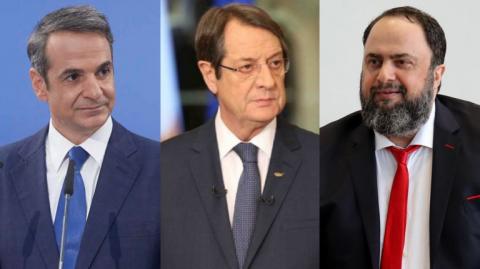 Greek Prime Minister Kyriakos Mitsotakis on Wednesday evening reiterated - the second time in a week - that the country will resolutely defend all of its sovereign rights, speaking after being honored at the 99th Anniversary AHEPA Supreme Convention.

The convention is taking place in Athens.

Delegates of the oldest and most distinguished Greek-American organization have gathered in the Greek capital since last Sunday, with this year's convention held in Greece to commemorate the bicentennial of the beginning of the 1821 Greek War of Independence.

In referring to bilateral relations with the United States, the pro-reform and center-right Greek prime minister said strategic cooperation is constantly increasing, while repeating Athens' dedication to resolving regional differences based on international law - a barely veiled reference to Turkey.

He also noted from the podium of the AHEPA convention that Greece will steadfastly continue to support and contribute all it can towards the reunification of fraternal Cyprus.

Turning to an issue that is dear to many Greek-Americans who are Greek citizens and retain the right to vote in the elections in their native land, Mitsotakis said a first step has been taken by his government to reverse a long-standing injustice, even though a fully unhindered right to vote from one's place of residence overseas remains to be achieved.

Similarly, the president of the Republic of Cyprus, Nicos Anastasiades, was also honored during the same event, saying he accepts the award «on behalf of the Cypriot people».