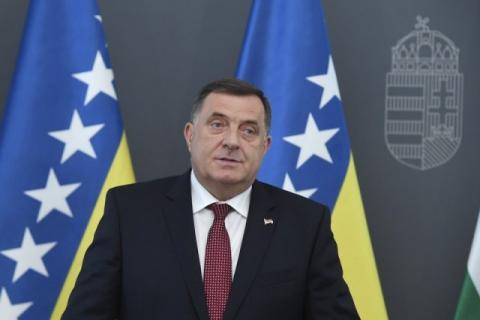 However, he demands that a new member of the Presidency not be elected from the ranks of the Serbian people.
At the press conference in Banja Luka, Dodik said that it was his proposal before, and it will be tomorrow as well. "Tomorrow, a session of the National Assembly of the Republika Srpska will be held, at which national unity will be manifested," Dodik said, adding that that day is very important for Srpska.
He reiterated that the imposed decision of High Representative Valentin Inzko is not in accordance with the Constitution and the law.
"Now we have Bosniaks and Muslims prosecuting Serbs, which reminds us of the ugly period in the past, as in the saying 'Ubi iudicat, qui accusat'," Dodik stated.
Dodik added that he believes that no Serb in the Judiciary and the Prosecutor's Office of Bosnia-Herzegovina will accept to participate in the terrible persecution and that he will distance himself from that, RTRS reported.
"It will show all the decay of Bosnia-Herzegovina against which the international community is committing violence," Dodik said.