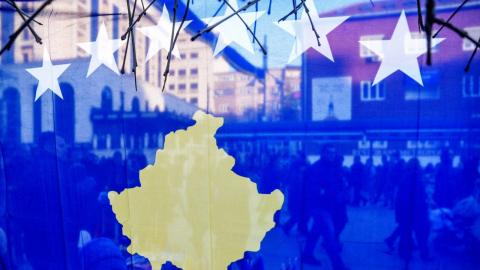 More than two decades since it broke away from Serbia in war, Kosovo is trying to claim ownership over more than 160 properties dotted around the former Yugoslavia.

So far, proceedings have been started in the case of two properties in neighbouring Montenegro totalling some 37,500 square metres in the coastal municipality of Budva.

The Kosovo Privatisation Agency, PAK, is leading the initiative, but faces a challenge given that of the seven states carved from the ashes of Yugoslavia, only Kosovo was not a federal republic but an autonomous province within Serbia. Kosovo declared independence in 2008, but is not recognised by Serbia or - of the other former Yugoslav republics - Bosnia and Herzegovina.

"These properties we are talking about are 100 per cent a Kosovo investment from the contributions of Kosovo citizens," said Safet Gerxhaliu, the former head of Kosovo's Chamber of Commerce.

But not everyone agrees, notably Aleksandar Vucic, the president of Serbia, where Kosovo claims ownership of 99 properties.

"It would not be realistic to have six per cent of the population and to expect to have such a percentage of property," Vucic told Serbian MPs in June.

The 163 properties claimed by PAK - mainly businesses and offices - were assets of so-called 'socially-owned enterprises', a hybrid ownership model introduced under socialist Yugoslavia.

After Yugoslavia fell apart, each newly-established state claimed properties in the other former Yugoslav republics via a succession agreement signed in 2001 but which Kosovo was not a party to in its own right.