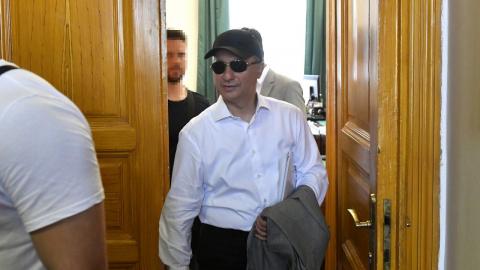 "If information is obtained that Gruevski has invested abroad, a new case for money laundering might be opened, having in mind that he has several [court] processes against him in this country related to corruption," Ristoska told Deutsche Welle.

She said this could be enough to launch a new case or new pre-investigation, which would allow North Macedonia through international legal help mechanisms to seek information from Hungary about when Gruevski opened bank accounts there, how much money he put in them and when, but also when he opened accounts for launching a new business.

Deutsche Welle on Wednesday reported that Gruevski, who fled North Macedonia in 2018 to avoid a jail sentence, recently launched a company in Hungary.

The firm, I.C.I.C, a limited liability company, was registered in the town of Pecel near Budapest on July 14, and according to the central register data that DW obtained, potentially has a wide spectrum of business activities.

It has a license to do anything from wholesale trade in porcelain to glass, cleaning products, food, beverages and tobacco. The firm is also registered for business  and property management, public relations, advertising, public opinion and market research as well as organising conferences and trade exhibitions.

The authoritarian former PM, whose VMRO DPMNE party ran the country from 2006 to 2016, fled to Hungary in 2018 to avoid serving a two-year jail...