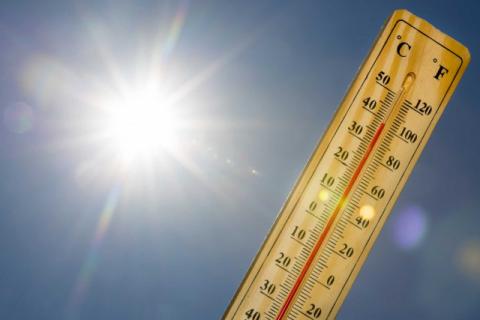 For today in most of Bulgaria an orange code is valid for dangerous heat with temperatures reaching and exceeding 40 degrees C. It will be a little less hot near the Black Sea coast, as well as in the regions of Pernik and Sofia, and in Smolyan.

A yellow warning code has been issued for these regions.

Maximum temperatures today will be between 36 and 41 degrees C.

Around 37 degrees are expected for Sofia, Smolyan as well as coastal regions of Varna, Burgas and Dobrich, according to a reference on the NIMH website.

Along the Black Sea coast it will be sunny with breeze. Maximum temperatures will be 30-32 degrees C.

Above the mountains it will be sunny in the afternoon with cloudy skies. A light to moderate northwest wind will blow.

Until the end of July and the beginning of August the weather will be sunny, in most of the country and almost quiet.

Clouds will occur in the hours around and in the afternoon, with almost no precipitation. A temporary northwest wind will blow in Northern Bulgaria on Friday and Saturday.

After this period the temperatures will drop slightly.

Cumulus clouds are expected in the afternoons over Northern Bulgaria and the mountains, isolated short-term precipitation and thunderstorms, along with local intense phenomena are possible.

In the south part of the country it will remain hot, with temperatures in the lowlands around 40 degrees C.