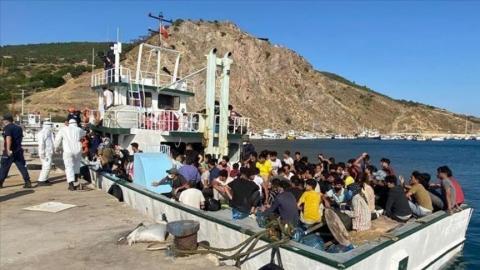 A total of 231 irregular migrants were held in Turkey's western province of Çanakkale on July 28, according to officials.

The Turkish Coast Guard said in a statement on its website that its teams took action when they detected irregular migrants off the coast of Ezine District in Çanakkale as they were transported to a fishing boat with rubber boats.

Turkey has been a main route for irregular migrants trying to cross to Europe, especially since 2011, when Syria's civil war began.