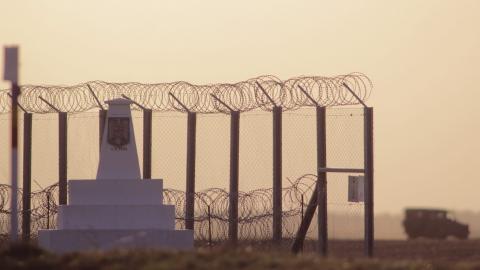 Romanian organised crime prosecutors on Thursday announced the dismantling of a transnational syndicate with presences in several states across the Balkans that trafficked illegal immigrants into Western Europe.

"Most of the cells acting in a coordinated manner were constituted on Romanian territory," the Directorate for the Investigation of Organized Crime and Terrorism, DIICOT, said in a statement.

The cells smuggled "groups of illegal migrants" across Romania's borders with Bulgaria and Serbia, after which they hosted the migrants in secret locations around Bucharest or in the western part of Romania, from where they smuggled them into Hungary.

The migrants generally arrived in Bulgaria and Serbia through Turkey and Greece. Their final destination was Germany. The clandestine transfers were mostly conducted by local transporters of Romanian nationality who were paid considerable sums for their services and established their own network of drivers within Romania.

The broader syndicate started operating in January 2020 and comprised citizens of Syria, Iraq, Egypt and Romania. The illegal border crossings were carefully planned and involved the use of forerunner vehicles that informed the smuggler-drivers of the movements of the police and the risks ahead.

Some 23 alleged members of the ring are being interrogated in Romania. Hungarian authorities have arrested and are investigating eight other suspects identified during the operation, which has received support from Europol. Law enforcement agencies in Germany, Hungary, Bulgaria and Serbia have assisted Romania in the crackdown.

According to the Romanian media, each migrant paid 5,000 euros for their illegal transport to Western Europe. It is believed that the group also...