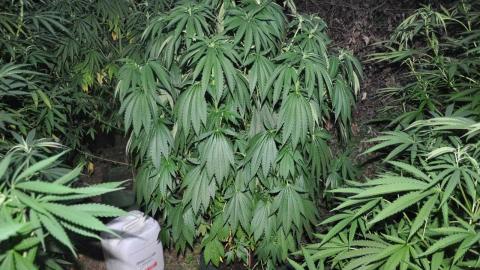 His fate is not unique in Serbia. A citizens' association called the Initiative to Change the Cannabis Legislation, IRKA, says that at least 20 of its members have been given jail sentences for using cannabis for medical purposes, and thousands more have been convicted of possession of a small amount of the plant for personal recreational use.

As long ago as 2015, the government set up a working group to prepare for the legalisation of cannabis for medical purposes, but no visible progress has been made since then, leaving patients who would have benefited from cannabis treatment facing potential arrest and jail.

In December 2020, a United Nations commission, on the recommendation of the World Health Organisation, removed cannabis from Schedule IV of the 1961 Single Convention on Narcotic Drugs, where it was listed as "particularly dangerous" alongside addictive opioids, including heroin. This "opened the door to recognising the medicinal and therapeutic potential of the drug, although its use for non-medical and non-scientific purposes will continue to remain illegal", the UN said.

But Serbia, a UN member, has still not ratified the decision which could, some experts claim, save some medicinal users from severe penalties. Instead, Serbia's interior minister has repeatedly given statements that police will even arrest people for possessing a joint, and has emphasised that he favours harsher criminal sanctions when it comes to drugs.

"The state and health officials are not showing any signs of understanding about this matter or changing anything despite medical research about the benefits of cannabis for medical purposes," said Milos Simic of IRKA.<...