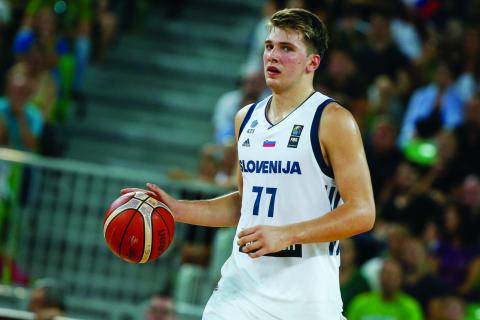 Tokyo – Slovenia made it to the quarter-finals of the basketball tournament at the Tokyo Olympic Games after defeating the hosts Japan 116:81 for what is their second win in as many matches.

Led by the NBA All-Star Luka Dončić, Slovenia were in the lead throughout the game. With plenty of motivated players in action, they were effective on the offensive and solid in defence.

While not as far dominant as in the first game against Argentina, Dončić scored 25 points, just one more than Zoran Dragić, with Vlatko Čančar adding another 16, Klemen Prepelič 12, and Jaka Blažič 10.

In fact all 12 Slovenia players scored points. The team won won 54:33 on rebounds and passed the 110 score mark for the 12th time in history.

Dončić left the court four minutes before the end of the game, having scored a point for each minute he spent in the court, plus seven rebounds, seven assists, two steals and two blocs.

Speaking for TV Slovenija, Dončić was pleased with the game, but said the team still had “quite some reserves in defence, which will be important in the following games.

“We all know Spain, they’ve had the same team for 10, 15 years, they are a very experienced team and it will be a very hard game,” the superstar said ahead of Sunday’s last game against Spain.

“I think we showed our power together as a team, having 27 assists and 54 rebounds … I’m very proud of them,” Slovenia head coach Aleksander Sekulić said.

The game will determine Slovenia’s final ranking in their group, to be followed by the draw of the quarter-finals.

The quarter-finals will be played on 3 August, the semis on 5 August and the finals on 7 August.

The post Slovenia through to quarter-finals of Olympic basketball tournament appeared first on Slovenia Times.