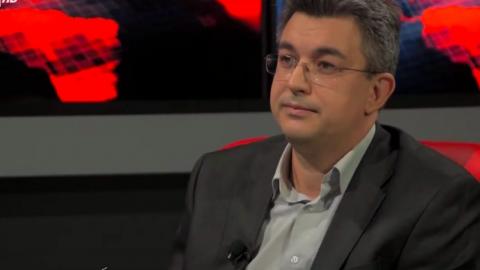 Bulgaria's winning party in the July elections, the political newcomer "There is Such a Nation", received a mandate to form a government from President Rumen Radev on Friday and proposed businessman Plamen Nikolov for its choice of Prime Minister.

Nikolov, 44, was not involved with politics before the 2021 elections and holds a doctorate in philosophy of law. He joined "There is Such a Nation" as part of an expert group seeking reforms to education.

The nomination came as a surprise. Earlier on Friday media reported that the party had chosen another newcomer, a 43-year-old lawyer, Petar Iliev, owner of the law firm "Iliev and partners" and honorary consul in Barbados.

Before joining the party, he was a consultant and a lawyer for politicians connected to the Bulgarian Socialist Party.

According to bird.bg he was also on the board of directors of Crown Media, a firm which in 2008 was bought by Irena Krasteva, mother of oligarch and former Movement for Rights and Freedoms-affiliated MP Delyan Peevski. Peevski has come under recent US sanctions imposed against Bulgarian individuals, based on the Magnitsky Act.

It is unclear whether these details influenced the last-minute change in the party's proposal.

"There is Such a Nation" is seeking to form a cabinet entirely of its own choosing, which would be supported in parliament by the other opposition parties: Democratic Bulgaria, "Stand Up! We're Coming!" and possibly the Bulgarian Socialist Party - without them having ministerial positions.

This bold demand has provoked mixed reactions in parliament, with Democratic Bulgaria and "Stand Up!" complaining of a lack of transparency in the party's decisions.

"This war between the three 'protest' parties is not up...