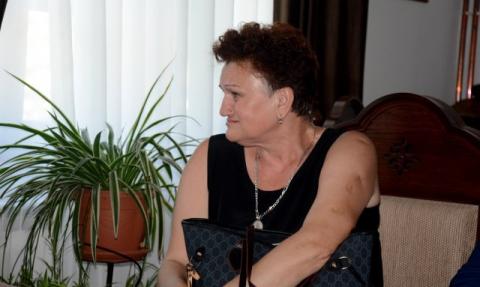 In the first days after her return, she encountered hostility - 11 Kosovo non-governmental organizations demanded that legal measures be taken and that Gasic move out as soon as possible, and then her Albanian neighbors insulted her, stoned her building, did not want to sell her groceries, while her apartment was recently robbed as well.
"I swear to God, I will stay here. This is my apartment, my home, and I have no intention of moving, regardless of all the intimidation and atrocities they have done to me," Gasic told Danas.
Gasic recalled that her apartment was robbed and a security camera, internet router, but also hygiene products, washing powder and medicine were stolen, and her refrigerator and freezer were emptied.
"I can't live without insulin. Yesterday, a doctor from Gorazdevac came and brought me medicine and insulin, I will somehow manage for the rest," she said.
Kosovo police have not yet caught the robbers, and because of the threats she received, including night knocks on the door with messages that they would slaughter her, Gasic received a police escort.
"They are in front of the building, guarding the entrance because many people came to my door, knocked and left threatening notes. However, when I go to my sister in the village, the police are not there and so the robbers managed to enter.
Yesterday I bought a second-hand door because the previous ones couldn't be closed. They still won't let me set up an armored door", she stated.
"Danas" writes that the neighbors have no desire to communicate with her, and that she returned to Djakovica because she wants to spend her retirement days in her apartment. She left Djakovica during the war in 1999 and settled with her minor sons in Smederevska Palanka.
...