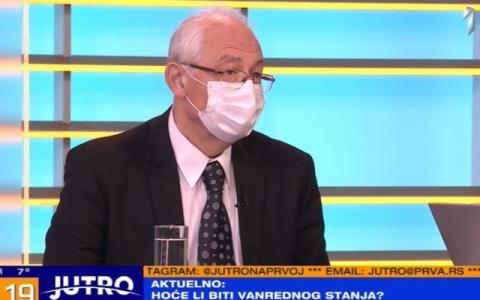 "How can someone be a health worker without being vaccinated? It is not acceptable. Associations and unions should think about that, and not talk about coercion," Kon told TV K1.
The epidemiologist added that the public had created a wrong image that someone was forcing someone to undergo mandatory vaccination, pointing out that this was not about that, but about preserving the health of the entire society.
"I don't understand why it's disturbing for some. We have to be decisive, we have a vaccine that can be given from the age of 12, what more is expected?", Kon asked.
He called on young people to receive the vaccine and to stop, as he says, to think about whether there is an epidemic, because those older than 20 can get infected as the oldest. He also asked why faculties and schools do not invite students to get vaccinated.
"This is not about the violation of some rights, this is about protecting the health of the entire society, because the situation will only start to worsen in the fall, when the school starts", the epidemiologist pointed out.
Kon underlined that it is not impossible to avoid the fourth wave, because, he says, things are still under control.