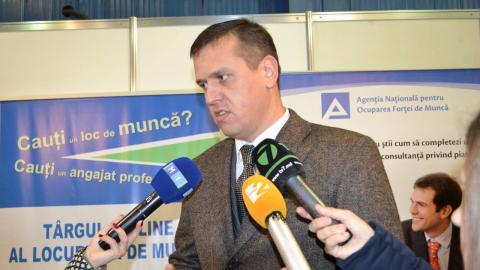 Moldova's former Defence Minister and head of the Police General Inspectorate, Alexandru Pinzari, was detained by prosecutors on Friday after Security and Intelligence Service after officers searched his home.

Damir was head of the Moldovan Mixed Martial Arts Federation, and his name appeared in several Moldovan journalistic investigations about anabolic steroid trafficking. His godfather, Plahotniuc, is wanted in Russia for drug trafficking.

Prosecutors took electronic devices and seized documents from Pinzari's house. In the next 48 or 72 hours, they will decide on possible preventive measures.

Pinzari was a strong figure in the Democratic Party during the leadership of the fugitive oligarch Plahotniuc. In March 2020, he joined Ion Chicu's government as Defence Minister.

He was detained after his former subordinate, Valeriu Cojocaru, who during Plahotniuc's government was a head of a directorate in the National Inspectorate of Investigations, made statements that incriminated both Damir and Pinzari.

Damir and Cojocaru were detained in early July. Prosecutors said Cojocaru fictitiously hired Damir as an undercover agent, providing another identity that he allegedly used when crossing Moldovan borders.

Prosecutors filed a criminal lawsuit of five counts on this case: abuse of office, embezzlement of state property, illegal crossing of the border, disclosure of state secrets and forgery of public documents.