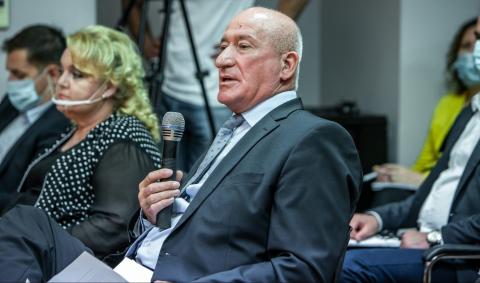 During a parliamentary session, Katnic responded to allegations that the criminal group had enjoyed the support of former officials in Montenegro before the change of government there.

"We launched an investigation into 114 members of the Belivuk group … Anyone who accuses me of connections with this group can file a criminal charge," Katnic said.

He made the statement after the leader of one of the ruling parties, Prava Crna Gora, Marko Milacic, said the prosecution under Katnic had never investigated the group's alleged connections with former police and state authorities.

"We have accusations from another country [Serbia] about the participation of Montenegrin citizens in the most monstrous criminal group that is associated with some Montenegrin authorities. Katnic's role in that group is political and systemic," Milacic said.

On February 13, one of the leaders of the ruling Democratic Front, Andrija Mandic, said Belivuk had enjoyed strong institutional support in Montenegro.

"He was treated as a high-ranking diplomatic figure. Guarded by the police and agents of the National Security Agency, he went to celebrations and hung out," Mandic told TV Prva.

On February 17, Katnic said that, after his arrest in Belgrade, Belivuk had been prompted to say that he had links with the Montenegrin police.

Belivuk was arrested in Serbia on February 4, a week after his return from Montenegro where police allegedly prevented his assassination.