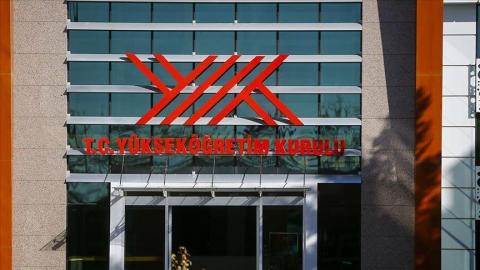 The president of the Council of Higher Education (YÖK), Prof. Dr. Yekta Saraç, became the chief adviser to the president upon the expiration of his term, while Marmara University Rector Prof. Dr. Erol Özvar has been appointed as a member and president of YÖK, according to a presidential decree published on the Official Gazette.

Özvar, a professor of economics and economic history, was born in Istanbul in 1966. He graduated from the Department of Economics of Marmara University in 1989 and received his master's and doctorate degrees in the field of economic history at the same university.

Özvar's book "Mansion Practice in Ottoman Finances" was awarded the best book award in 2005 by the Ottoman Bank Archives and Research Center. His two-volume work "Ottoman Finance: Institutions and Budgets," which he prepared with Mehmet Genç, was awarded the International Halil İnalcık History Award in 2013.

Özvar worked as a visiting professor at Harvard University's Center for Middle Eastern Studies and at the Harvard Law School Islamic Law Studies Program between 2009 and 2012.