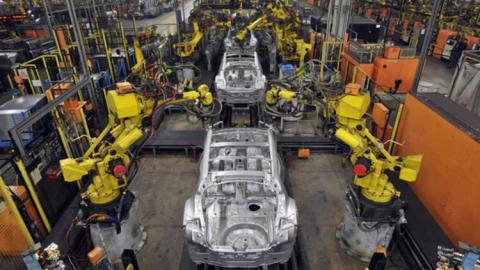 Local carmakers shipped nearly $5 billion worth of passenger cars to local markets in the first half of 2021, rising around 15 percent on an annual basis, data from the trading group have shown.

The share of passenger cars in Turkey's total automotive exports, which amounted to $14.4 billion in January-June, was more than 34 percent, according to the figures from the Bursa-based Uludağ Automotive Industry Exporters' Union.

France was the largest market for Turkish passenger car producers. Shipments to this country rose 39.4 percent year-on-year to stand at $944 million. Italy came second as it purchased $504 million worth of vehicles from local companies, pointing to a 37.3 percent rise from a year ago.

The industry's exports to Iraq also exhibited a strong increase, rising 120 percent on an annual basis to $23.4 million.

On a separate note, the auto parts industry's exports grew more than 49 percent in the first half of 2021 from a year ago to stand at $5.95 billion.

The industry delivered products to 192 countries and territories across the globe.

Shipments to Germany increased by 67 percent year-on-year to $865 million, followed by Italy at $420 million, with exports to this country soaring more than 97 percent.