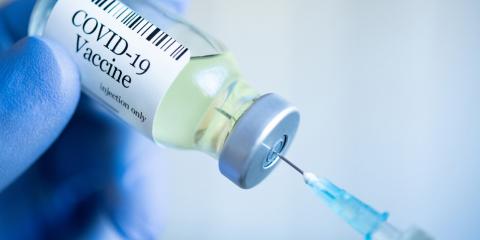 Ljubljana – Proceedings have been launched against two doctors by the Medical Chamber tribunal due to their contentious statements about Covid-19 vaccination and vaccines, the chamber has told the STA. Unofficially, one of them is a member of an anti-vaccine doctors’ movement.

The vast majority of health workers, including doctors, have been highlighting the importance of vaccination and other preventive measures against Covid-19, however a handful have taken a different stand, airing their anti-vaccine views on social media and via certain media outlets.

Unofficially, one of the doctors against whom the chamber has initiated proceedings is a member of the Slovenian Doctors’ Initiative, a movement that has been present online since last autumn and is among the most prominent anti-vaccination groups on social media in the country. The movement also questions some preventive measures such as testing and mask-wearing.

The chamber, which is keeping a close watch on its members’ public posts, making sure they are not unprofessional or unethical, has confirmed that it has received a number of complaints against doctors, most of whom are members of the initiative.

The chamber’s committee in charge of legal-ethical issues has processed seven cases so far. More serious ones have been referred to the tribunal, which is currently investigating two cases.

According to unofficial information obtained by the STA, the other case involves Nada Hiti, a GP with the Domžale Health Centre who published a recording on social media after diluting an mRNA Covid-19 vaccine with water and urine and sending the sample to the laboratory for analysis.

Hearings in both cases are expected to be held in late August.