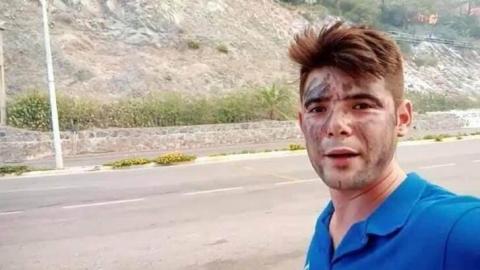 A 25-year-old motorcyclist, who was delivering water to firefighters in the Marmaris district of the southwestern province of Muğla, has become the fourth victim of the forest fires ravaging across Turkey's south.

According to the police, Şahin Akdemir got in an accident on the way back to the city center from the forest after supplying water to the firefighters. He was trapped amid the flames and lost his life.

"[We] keep carrying water to the fighters. May Allah accept our charity," he said in his last social media post.

On July 28, an 82-year-old man died in the Akseki district of the southern province of Antalya. An old couple, who locked themselves in their farmhouse in fear in Antalya's Manavgat district also died as they could not escape.