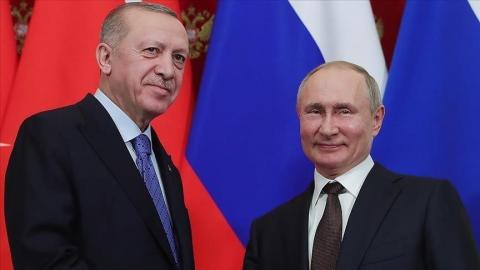 Erdogan thanked Putin for Russia's allocation of five firefighting aircraft and three more helicopters for supporting Turkey's fight against forest fires across the country, according to a statement.

Issues that will improve Turkey-Russia relations were also discussed by the two leaders, it added.

At the request of the Turkish government, a total of 11 aircraft will be sent to Turkey to put out the forest fires near residential units and tourist areas, said the ministry in a written statement.

The group of air vehicles belongs to the Russian Defense Ministry and the Emergency Situations Ministry, it also noted.