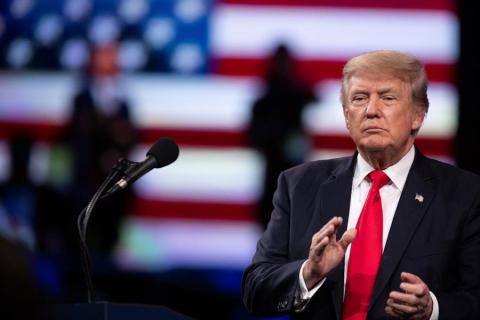 The U.S. Justice Department ordered the Treasury on July 30 to hand Donald Trump's tax records to Congress, in a major break in an investigation involving former president's finances launched in 2019.

The Justice Department said the House Ways and Means Committee, which sought six years of records that some believe could expose questionable accounting, had a legitimate reason to see them.

"The American people deserve to know the facts of his troubling conflicts of interest and undermining of our security and democracy as president."

The ruling was the second legal setback this year to the real estate tycoon's longstanding efforts to keep his tax filings, which include asset, income and tax payment data, from becoming public.

In February the Supreme Court declined to block a subpoena of Trump's taxes by a New York prosecutor investigating his business and personal financial dealings.

In that case the records are protected from being disclosed to the public.

If the records are turned over to the House committee, which wanted them in a probe of the Internal Revenue Service, there is a much greater chance of their being revealed.

All U.S. presidents since Richard Nixon, who took office in 1969, have made public their tax and asset records.
But from before he was elected Trump refused to divulge data on his income, claiming that his records were "under audit" by the IRS.

If true, that audit remained incomplete by the time he left office on January 20, an extraordinary time for such a process to still be running its course.