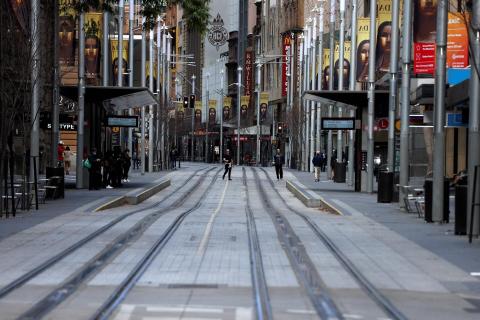 China and Australia ramped up COVID-19 curbs on July 31 as Delta variant cases surged and tens of thousands rallied in France against restrictions designed to stop the pandemic.

The Delta variant, which was first identified in India, is forcing governments to reimpose tough measures, while other nations are reconsidering plans to open their economies.

The variant has spread to 132 countries and territories. The pandemic has killed more than four million people and shows no sign of slowing.

"Delta is a warning: it's a warning that the virus is evolving but it is also a call to action that we need to move now before more dangerous variants emerge," the World Health Organization's emergencies director Michael Ryan told journalists.

China's outbreak now spans 14 provinces, the most widespread in several months, challenging the country's early success in tackling the disease after it was first detected in the city of Wuhan in late 2019.

China has put more than one million people under lockdown and reinstituted mass testing campaigns.

"The main strain circulating at present is the Delta variant... which poses an even greater challenge to virus prevention and control work," Mi Feng, spokesman for the National Health Commission (NHC), said.

In Australia, where only about 14 percent of the population has been vaccinated, the third-largest city of Brisbane and other parts of Queensland entered a snap lockdown Saturday after six new cases were detected.

"The only way to beat the Delta strain is to move quickly, to be fast and to be strong," said Queensland's Deputy Premier Steven Miles, announcing three days of strict stay-at-home orders for millions.

The stop-start imposition of...