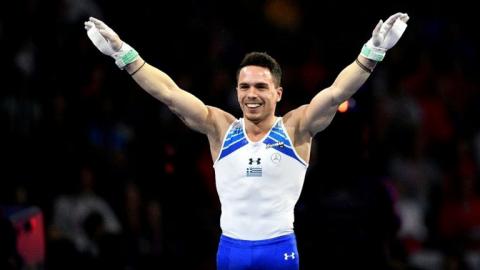 Greek artistic gymnast Lefteris Petrounias has clinched the bronze medal at the Tokyo Olympics with a score of 15.200.

Chinese gymnast Liu Yang earned the gold medal with a score of 15.500 and You Hao, also of China won the silver with 15.300.

Despite physical problems that he had confronted  recently, Petrounias performed a difficult programme impressively but a misstep at the finish cost him.

Petrounias won the gold at the 2016 Rio di Janeiro Olympics champion, is three-time World champion (2015, 2017, and 2018), and is a six-time European medalist on the still rings (five gold and one bronze).

Petrounias was also the first torch bearer for the Olympics torch relay after the flame was ignited at Olympia on 21 April 2016.

After Demosthenes Tambakos (gold and silver) he is the second Greek gymnast to win two Olympics medals in the still rings.