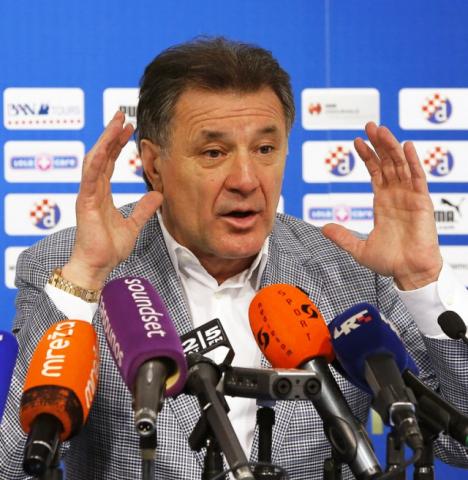 Practically a few seconds after learning the draw, we contacted Mr. Mamic, who was more than in the good mood.
"I have to be honest, my position from last year is known to all. I didn't want the matches with Zvezda," Mamic started for B92.net.

"One will fail Red Star"

Mamic is convinced that Dinamo will pass Red Star...
"I've always supported Red Star, but now one has to go home. It will be Red Star. Here's my brother (Zoran Mamic) and he warns me, it's too early to talk about it, the rabbit is still in the woods, but ... If it comes to that face-off, we will show that we are a better opponent".
So, you think that the "Blues" are better and a favorite? Mamic says that the chances are equal when it comes to this stage of the Champions League, although he completely believes in Dinamo.
"You can't just bluntly say that Dinamo is the favorite, Zvezda has seen some impressive results in the last few years. There is no clear favorite, but I'm sure that Dinamo will win the group stage of the Champions League. I wanted Brondby or Malmo / Rangers, but this is how it turned out. Sport is a miracle".
"This is to show that we are not savages"
The first potential match between two great rivals from the once-great SFRY could take place in Belgrade on August 17 or 18, and a rematch in the Croatian capital six / seven days later.
"I am glad that it is so. There is no doubt that 'Marakana' or Maksimir will be packed with people. I wanted Brondby or Malmo / Rangers, but this is how it...