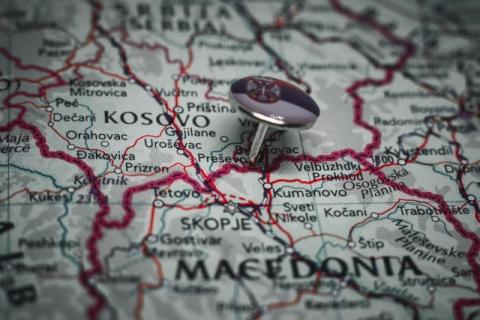 These are very strong guarantees that these countries have given to Belgrade.
"Politika" states that it is assumed that these are countries from Africa and Asia, but their name is not mentioned, primarily due to the possible pressure to which they would be exposed by the United States.
Predrag Raji from the Center for Social Stability believes that the countries that could reconsider their earlier decisions, i.e. withdraw recognition, are many countries from the African continent, but also in the Middle East.
Rajic estimates that Pristina worked to its own detriment when it decided to open an embassy in Jerusalem, while Belgrade is counting on Russia in its diplomatic fight, but also on China, which is expected to have a stronger engagement on the issue of Kosovo and Metohija.
He stated that Pristina will probably lift the moratorium on diplomatic activity of recognizing and withdrawing the recognition of Kosovo in early September, but that is not in Pristina's favor, because it does not have a majority to enter some international institutions.
Former Minister of Foreign Affairs of FR Yugoslavia Vladislav Jovanovi says that China has started to appear in connection with issues that cannot be solved by America and which hinder the implementation of some goals, such as the issue of Republika Srpska and preservation of Serbia's territorial integrity.
He assessed that Russia and China need to get closer, because they feel threatened by the United States, and reminded them of the issue of Venezuela or vetoing the election of a new High Representative in BiH.
According to Jovanovic, if Chinese President Xi Jinping visited Serbia by the end of the year, it would be a clear demonstration of support and would send a broader picture...