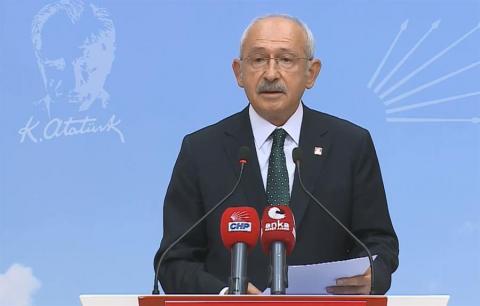 Listing what needs to be done regarding the fires, Kılıçdaroğlu said, "We need to start preparing our country for new climate crises immediately."

"I call on our municipalities, businesspeople and people to renew the [Turkish Aeronautical Association] THK," Kılıçdaroğlu said on Aug. 3 at a press conference.

He criticized President Recep Tayyip Erdoğan for "failing" to fight against forest fires as the government lacked a master plan.

Turkey needs to start preparing for new climate crises immediately, he said, warning that the country was amid a climate and water crisis.

"We must ensure that an up-to-date and accurate fire plan is made for each forest. We will not say that this is the work of the government; we will do it," the CHP leader said.

"When people call for help, instead of understanding them, labeling the people as terrorists is a tactic that only weak governments will resort to," he also stated.