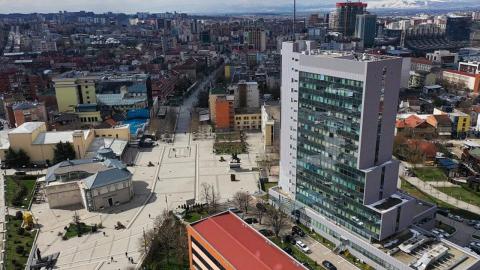 Kosovo's Finance Minister has announced the dismissal of the head of the Financial Intelligence Unit after he discussed plans to control the media for his own personal interests in leaked audio recordings.

Dardan Nuhiu was sacked on Tuesday after the recordings of him talking about abusing his position were published early this week.

"After reviewing the audio recordings published in the media yesterday and today, which implicate the Director of the Financial Intelligence Unit, the Supervisory Board … has decided to dismiss him with immediate effect," minister Hekuran Murati said on Tuesday.

Kosovo online news portal Shqip.com published the recordings on Monday and Tuesday. In the recordings, Nuhiu could be heard saying he planned to take control of important media outlets in order to apply pressure on various public figures for his own benefit.

"In a couple of years, I will have captured all the strongest [media]," Nuhiu is heard saying in the recordings. He adds that after being "in charge" of the media, he will be the one deciding matters.

Nuhiu tells an unknown person over the phone that if someone harasses someone, he will be able to use the media against the harasser.

He also claims that he will use the media against state prosecutor Aleksander Lumezi, by warning him not to go after particular individuals.

Nuhiu is also heard claiming that he was already in talks to get 50 per cent of "two strong portals". He mentions the Kosovo media outlet Indeksonline as one of them and Insajderi as the second.

Indeksonline director Faton Shoshi, claiming Nuhiu is his "best friend", told BIRN that he "could not believe Dardan [Nuhiu] is the one speaking … I have never had an offer from him to buy Indeksonline".